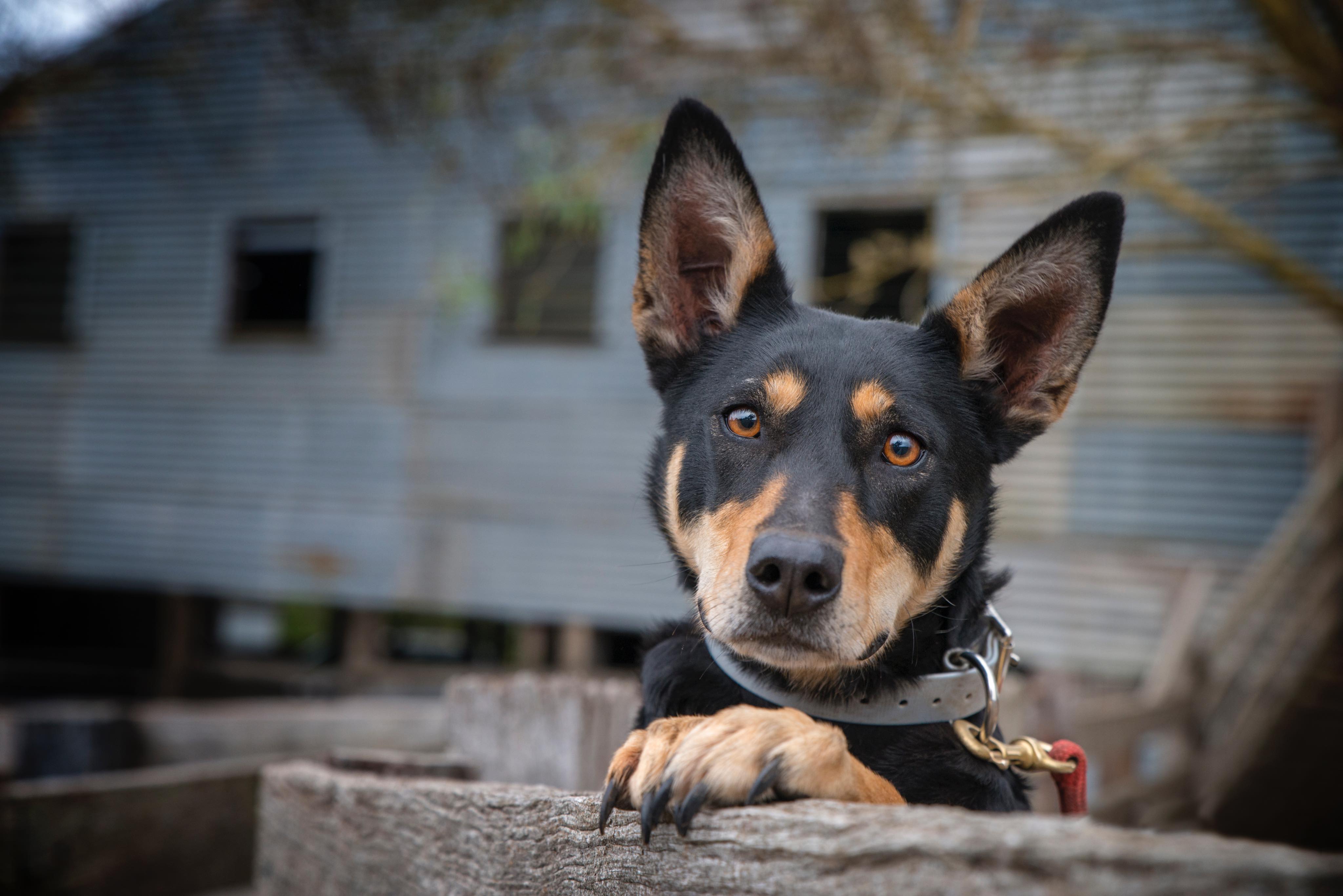 Casterton is located approximately half way between Melbourne and Adelaide on the banks of the beautiful Glenelg River in South West Victoria. It is a town of about 2000 people with a thriving rural centre servicing a large pastoral area of mixed farming, timber-production and dairy.

We have a challenge for you!
Find all of the Kelpie statues in Casterton as you exercise your beloved Kelpie with a stroll along the Kelpie Trail whilst taking in the beautiful surrounds of the Glenelg River.

At the Casterton Town Hall you will find a bronze statue of the ‘Kelpie’ which was unveiled in 1996 to commemorate 150 years since the establishment of the township.

Agriculture
Casterton is renowned for its livestock production and the demand for stock breed throughout the district, which is truly testament to the quality of the product. The Casterton Saleyards conducts some of the largest weaner sales in the state as well as store cattle sales throughout the year. The sheep and lamb sales in December are renowned as a premier sale in the South West.

The district is abundant with fertile soils and a reliable rainfall. The water security has enabled strong growth in the beef cattle, sheep and wool markets, a variety of crops, horticulture and timber.

Plantation Timber
The Green Triangle Region in South East South Australian and South West Victoria is the home of the largest plantation forestry based industry in Australia, with large areas of both Radiata pine and blue gum plantations. The industry is mature and is a major economic driver in the region, underpinning about 18,000 jobs and generating more than $5 billion annually in exports.

Transport
Casterton is well positioned to play a significant role in the expansion of transport and logistics in the South West. Its central location, road networks and direct access to the natural deep sea Port of Portland are an advantage. The harvesting of plantation timber, the expansion of the energy sector and general increase in primary production are the future of the region.
Retail – activity in Casterton is concentrated within the Main Street precinct, with its historic buildings and magnificent avenue of Manchurian Pear trees. As the districts ‘service centre’ retailer’s offer a variety of specialist stores, two banks, two hotels, supermarket, two solicitors, two accountants, hairdressers, rural suppliers, antique stores, book sellers and eateries.

Health
Casterton is renowned for its quality health sector. With over a century of commitment to the community the Casterton Memorial Hospital has maintained the position of a progressive, diverse and modern facility supported by six General Practitioners.

The Casterton Memorial Hospital remains a vital economic driver within the community. It is the largest employer in the district and supports many community health services such visiting medical Specialists, Physiotherapy, Podiatry and many more.

Education
Is available locally through our two Primary Schools and Secondary College and the Kathleen Millikan Centre (Casterton Kindergarten). The local Courthouse Community Centre provides an extensive program for Adult Learning or access to tertiary institutions are within a 45-minute drive, giving students and adults the opportunity to increase their skill base to meet the demands of the future.

Airfield
The Casterton Airfield is strategically located with 360 degree radial coverage for over-land flying and is the optimum location for aerial turnaround flying.

The airfield is also the optimum location for aerial turnaround periods to combat fire threats in relation to the majority of the Green Triangle Forestry Plantation Estate within Victoria, together with extensive public land (mainly the Lower Glenelg National Park). The State Government has spent in excess of $850,000 over the last couple of years upgrading their facilities at the airfield.

The indigenous people of the Konongwootong Gundidj clan and others from the Jardwadjali language group occupied the area in and around Casterton for thousands of years before the arrival of Europeans in Australia.

The first Europeans to explore this region were a party led by surveyor Major Thomas Mitchell, which passed through the area in 1836 as part of the Australian Felix expedition. Mitchell expressed his ‘positive’ perception of the land for future farming.

The Henty Brothers had arrived in Portland Bay in 1834 and after hearing of Mitchel’s positive reports of good pasturage, the brothers moved north. They travelled inland from Portland with their flocks and began farming in the Western District eventually acquiring the pastoral runs of ‘Merino Downs’, ‘Muntham’, ‘Sandford’ and ‘Connell Run’. In time, were followed by many others.

The site of Casterton emerged on a crossing place along the Glenelg River. Surveyed in 1840 it was named after an English village with some believing it is an intentional reference to the way in which the town is ‘protectively’ surrounded by a series of hills.

The first building to be established was the Glenelg Inn in 1846 and a post office was opened the following year. The following decade saw a range of businesses opening and a racing club was formed. A Mr Clarke and Mr Derbyshire were instructed by Head Victorian Surveyor, Mr Wade to survey the township of Casterton, most probably sometime in the 1850’s. The telegraph arrived in the 1860’s together with Jeffrey’s Cordial Factory, and the 1870’s saw the establishment of the local newspaper – The Casterton News.

By 1880 the large squatting runs were being broken up for ‘Closer Settlement’ by Selectors. The railway arrived in 1884 and Casterton became the western terminus of the state’s rail service. A kangaroo skin tannery was established in 1885 and a cheese factory in 1892. That same year the Premier of Victoria, William Shiels (after whom part of the main thoroughfare is named), his ministry and about 40 journalists travelled to Casterton by a special train to present his policies in a media event which amounted to the first rural policy launch.

Floods and fires have also been very much a part of the district’s history. Although there had been previous floods, it was the devastating flood of 1906, which led to a number of rebuilding changes in Casterton. For example, the Albion Hotel, built in 1865 by the brothers Robert and George Grant, was a simple, single storey, solid brick building with a wonderful symmetry of design. After the flood the Grant Family demolished the original hotel and replaced it with a far grandeur building. Erected of Elizabethan architecture, two storey of massive size but with the same beautiful symmetry as the original building. It was regarded as a showpiece in Western Victoria.

The flood of 1946 is remembered as ‘The Big Flood’ of the Sandford and Casterton areas and it was reported that 628 points (221mm) of rain fell in four days. The last major flood experienced in Casterton was in September 2016.

As with most Victorian regional districts fires have also been a major part of life in the country with a district experiencing its fair share of the state’s major fires 1901 Black Thursday, 1939 Black Friday, 1951 and 1955.